How definitions drive debates: What we mean by “refugee”

By Daniel King
A Rohingya girl pumping water inside a refugee camp, taken by Azimul Hassan, a media fellow with Doha Debates in partnership with Fortify Rights as part of a yearlong look at life on the ground of refugee camps on Instagram. (Photo: Azimul Hassan)
Part of the topic 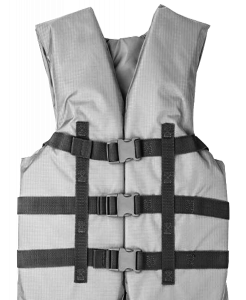 More than 25 million people are refugees today. It’s the highest number in history, and the number is relentlessly rising, as each news cycle, election cycle and hurricane season makes urgently clear. Solutions can’t come fast enough, especially for the 13 million children uprooted by conflict. But what do we mean, and not mean, by “refugee”?

Solutions start with definitions, so here’s an overview of the essential meanings and distinctions between refugee, migrant, immigrant, asylum seeker, asylee, displaced person and internally displaced person. Keep it on hand for our first live debate on Feb. 26, 2019, with guest speakers Muzoon Almellehan, Marc Lamont Hill and Douglas Murray, each with sharply differing perspectives.

A refugee is someone forced by conflict, persecution, human rights violations or natural disaster to flee a country. An asylum seeker is someone who seeks a host country’s protection and applies for it. “Asylum seeker” and “refugee” are not interchangeable because not all refugees seek official protection or register for resettlement, and some refugees are not granted it. An asylee seeks or has been granted protection.

Unlike a refugee, a migrant is in the process of moving but not necessarily to flee conflict. A migrant is commonly on the move for work opportunities or more stable economies, but the reasons aren’t always clear, so it’s useful to be as precise as possible, like “people struggling to enter Europe,” or “Cubans seeking new lives in the United States” — examples in the Associated Press Stylebook.

Unlike a migrant, whose destination isn’t always known, an immigrant moves permanently to a specific country for any number of reasons. Entering or living in a country without authorization is what’s meant by “illegal immigration,” but many news organizations and human rights groups agree not to call a person illegal — a disparaging description — and only call an action legal or illegal: “illegal immigration,” but not “illegal immigrant.” AP’s variations: “living in or entering a country illegally or without legal permission.”

A deeper-dive definition of “refugee” is found in Article 1A (2) of the Geneva Conventions, which applies “refugee” to anyone fleeing a country on “a well-founded fear of being persecuted for reasons of race, religion, nationality, membership of a particular social group or political opinion.”

“Well-founded” fear — but how do you measure fear’s well-foundedness? It’s a well-studied legal question that has challenged top courts, which have weighed in, including a standard for “subjectively genuine” fear and “objectively reasonable” fear.

Definitions, like solutions, aren’t easily reached, but the need for solutions is shared. Whatever your political stance, we all need conversational words that don’t distort the facts on the ground, that distinguish between details, and that promote practical action over political posturing.

Watch the debate live on Feb. 26 on Twitter from Northwestern University in Qatar, and join the conversation with #DearWorld.