Course Correction Challenged Me To Be Better

Nelufar Hedayat has spent her career as a journalist probing difficult issues around the world. But, she says, being a journalist means that you do eventually walk away from the problems you cover. Tired of walking away, Nelufar decided to make global problems personal. In her podcast Course Correction, launched by Doha Debates, Nelufar takes massive, overwhelming issues and turns each one into a personal challenge. We talked to her about the process of making the podcast, whether one person’s actions can really make a difference and why we all have a responsibility to take action now.

Q: Nelufar, can you talk a little bit about your new podcast, Course Correction?

NELUFAR: Course Correction is my very personal way of dealing with some of the world’s biggest problems and challenges. We’re constantly bombarded with news and images of entire nations on fire, oceans full of plastic and corrupt and exploitative systems. It can feel really overwhelming to know what to do about it. So I decided that in the podcast that Doha Debates is launching, Course Correction, I’m going to tackle the problems personally. And that’s exactly what I’ve done.

Q: Some of the challenges sound really difficult, like trying to live on less than 50 liters of water a day.

NELUFAR: I wanted to create an immersive and fun way of telling these stories that we’re often used to hearing about on cataclysmic scales. Cape Town has run out of water, and Delhi, London, California — these places will soon run out of water. And I’ve got no idea what to do about that. So in Course Correction, I was trying to embody a reality that’s coming for so many people.

I just got sick to death of walking away from these situations I’d covered as a journalist. I would go to South Africa, to India, to Pakistan, and I would see the problems and hear people who are living with them — and then I’d walk away. I just can’t do that anymore. And I don’t think the planet can take it anymore. We have to make adjustments

Q: How did you prepare yourself for these challenges?

NELUFAR: I’ve been looking at environmental issues and the impact on our environment, people and animals for about five years now. I’ve done the series Food Exposed with Nelufar Hedayat and The Traffickers — my professional interest is in how systems work. So with Course Correction, we wanted to look at these huge macro issues, like overconsumption, and try to make them accessible. So I didn’t plan anything too grand. Our aim is very simple: How can we as individuals tackle these issues, and how can we change before we are forced to?

Q: What would you say to people who think that these issues have to be dealt with at a policy level or a systemic level? Will stopping eating meat or reducing your water use really make a difference?

NELUFAR: It will. Those people are lying to you. I am as disenchanted and disillusioned with the way government and politics works as the next person. But the story doesn’t stop because I’m tired. The fight and struggle and need for change doesn’t stop because it’s overwhelming. And that’s the point of Course Correction. I’m not disillusioned by what I can achieve by limiting the amount of washing cycles I put through the washing machine. But what I do know is that if 7 billion people did it, it would make a difference. So I don’t buy this argument that it’s up to policymakers. Of course those with the most power and the broadest of shoulders should carry the largest of the load. So if you are super wealthy, if you are in a position of concentrated power — if you are a president, prime minister or a world leader, or policymaker — excellent. You can do even more.

Q: What challenge were you most excited about?

The challenge I was most excited about was the plastics challenge. In this episode, we look at virgin, or single-use, plastics — your plastic knives and forks, your disposable coffee cup that you get every morning. I remember the first day of that challenge — I was so excited. I was like, “I’m going to nail this. I’m already a vegan. I already go to the farmers market to get my bits and bobs. I’ve nailed this already.” Come the third day, and I am carrying what I ended up calling my bag of shame, which was this plastic bag that had all the stuff I’d used in a given day. And it was smelly and dirty, and I would go home at the end of the day and dump it into an even bigger bag.

That’s been the most absorbing and most crucial thing about Course Correction — you get to see for yourself the impact you have. Because too often we, both figuratively and literally, hide the problem in our lives. And I had to confront it, in this giant bag of shame, for days.

The one that I was really nervous about is the challenge where I spoke to one of my absolute best friends about politics — and we have very, very, very different politics. It was hard. But we had to really connect on a level we never had, about things that are just so difficult. And it didn’t go brilliantly.

“That’s been the most absorbing and most crucial thing about Course Correction — you get to see for yourself the impact you have. Too often we hide the problem in our lives, and I had to confront it.”

Q: This isn’t the only personal conversation you have in the series. Why was it important to you to begin the series with such a personal story, by interviewing your mother about being refugees?

NELUFAR: We didn’t have to think about what the first episode was going to be for Course Correction. I’ve always been taught by my mother that our past is really problematic and difficult, and that we should ignore it and move on. And as millions of refugees and immigrants around the world will tell you, we all have these kinds of stories. Nothing about my story is completely unique. That’s so important to say. The reason I wanted to speak to her first is because it was the biggest challenge that I had to overcome: being vulnerable and opening up about my past.

So the biggest challenge of all was figuring out where I come from and how I got to be the person I am, and that’s why the series starts where it does.

Q: Have you carried any of the challenges into your everyday life?

NELUFAR: Yes, absolutely! So I’ve still got a few days to go, but starting on January 1, I have gone single-use-plastic free. I’ve been working up towards it through November and December — but so far this month I have not used a single spork, I have not bought any water bottles and I have not bought any disposable coffee cups, which are not recyclable because they’re lined with plastic.

Q: What guests had the biggest impact on you?

NELUFAR: We spoke to so many really interesting people! Nana, our farmer out in West Africa, is just glorious. She ended up buying some land — with great difficulty, because she’s a woman — and she really made me understand that I live the privilege of a Western global north citizen, and that I have been able to get to where I am because of these really complex systems like globalization and consumerism and consumption. She made me open my eyes to my own prejudices and my own privileges. It was such a rewarding conversation with this strong African woman who — very gently, very quietly — put me in my place, which I deserved. Those are the conversations as a journalist that I find most rewarding.

Q: Can you tell me about your upcoming interview at Sundance?

NELUFAR: I am so excited for this! We are heading to the Sundance Film Festival to speak to a wonderful journalist — a hero of mine, frankly — from the Philippines called Maria Ressa. The show is going to be about the challenges of being a woman in a field where journalists are being killed every day for what they’re doing within the environmental, gender and corruption spaces. It will be a very candid conversation with her and the director of this film [Ramona S. Diaz], A Thousand Cuts. It is going to be a challenge, openly talking about these things that as women and journalists we face all the time.

Q: So why is now the right time for Course Correction?

NELUFAR: Because now is already too late. I remember when I used to work in a pharmacy selling perfumes, and we didn’t have a recycling system — we just threw everything in a landfill. And I couldn’t live with it. So at the end of the day I would — as a 15-year-old — gather up all the boxes, all the plastic, all the packaging, and I would take it home so I could recycle it. This is something that I am passionate about. I believe fundamentally that we need to change ourselves because we in the global north are privileged enough to be able to do that. And there are others on Earth who cannot do this, even though they will carry the burden. And it’s already too late. That’s why now. 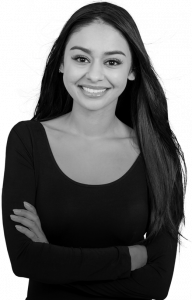 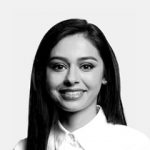