Trust in governments is waning. What happens next?

by Amjad Atallah
A protestor wearing a yellow vest (gilet jaune) kneels in front of riot police on December 8, 2018 near the Arc de Triomphe in Paris during a protest against rising costs of living they blame on high taxes. (Photo by Sameer Al-Doumy/AFP via Getty Images)
Part of the topic 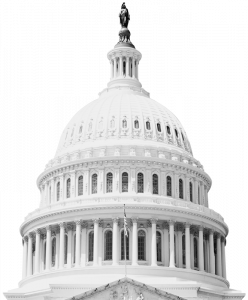 In just the past two months, mass demonstrations against governments have taken place in Algeria, Bolivia, Chile, Ecuador, Egypt, Haiti, Hong Kong, Iraq, Lebanon, Spain and the United Kingdom. By the time you are reading this, the list has probably grown longer. Additionally, climate demonstrations demanding action from governments have taken place throughout the world, including in the U.S., the UK, Germany, Spain, Austria, France and New Zealand. The demands of protestors can be very localized, but they all have something in common — a loss of trust in the ability of governments and normal politics to make people’s lives better.

The stakes couldn’t be higher. Protesters may be demanding the resignation of a particular politician, the repeal of a particular law or policy, or challenging the general failure of government services or economic inequalities, but ultimately governments seem to be having tremendous difficulty or great unwillingness to meet citizens’ demands.

More than expressing a general malaise about the role of government or politicians, protests are channeling a fundamental outrage and demanding great change that the current systems in place, and the politicians running them, do not seem to be equipped to handle. Governments have reacted to protests by sending police to exercise a form of physical control over citizens. As government-sponsored violence increases, distrust grows even stronger.

Our last debate of 2019 tackles this issue head-on, asking if we have reached an existential crisis in the relationship between people and their governments. And we’ve picked the most appropriate place to ask these questions: at the Paris Peace Forum. We are grateful for the opportunity to bring students from Education City in Doha and from major Parisian universities to join world leaders meeting in Paris to address the question on everybody’s mind — what’s next?

“Have we reached an existential crisis in the relationship between people and their governments?”

Our speakers are well placed to take this on. Prince Zeid Ra’ad al-Hussein, originally from Jordan, is a former United Nations High Commissioner for Human Rights and a veteran diplomat. Throughout his career, he has been brutally honest and blunt with world leaders, as well as the United Nations, about the changes they must accept. Today, he continues his efforts through the Elders, a group founded by Nelson Mandela comprising global leaders promoting peace and human rights, and through teaching. Having spent a lifetime in public service, this veteran diplomat argues that the quality of leadership must change if trust in government is to be rebuilt.

Brett Hennig, the co-founder and director of the Sortition Foundation and the author of The End of Politicians: Time for a Real Democracy, takes a very different tack. Hennig argues that the system itself is broken and too heavily influenced by narrow interests to work in favor of the greater good. It can be fixed, but only by capitalizing on “the wisdom of crowds.” Harkening back to the Romans, Hennig argues that we need to rely on broadly representative, but randomly selected, groups of people to run our governments.

Toni Lane Casserly is a blockchain pioneer and co-founder of Cultu.re, a project to transform government into networks of communities across borders. She argues that institutions like governments and banks have been our middlemen of democracy for a long time, but can no longer play the role they once had. Our future lies in creating new transnational infrastructures of people through the sovereign ownership of digital and physical assets.

In effect, all our speakers want the trust that has disappeared to be recreated or to be re-earned, but each comes at it from a very different perspective. As in all our debates, our goal is to bring together disparate voices working to solve a common problem. But this one may be the most foundational question we have tackled so far. Our debate will only be the start of the conversation. Follow us at @DohaDebates to see our short films and explainers that address our speakers’ perspectives, and many more, on the question of trust. And become part of the solution yourself! Send us what you think, what you are doing, and what you want to see using #DearWorld on Instagram, Twitter and Facebook. Maybe you’re taking part in demonstrations across the world right now, or maybe you’re in government trying to address citizens’ concerns — either way, we want to hear from you. 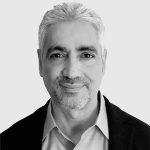