Definitions drive debates: What we mean by "socialism"

by Laura M. Browning
The global pandemic has forced “emergency socialism” in many countries, including providing stimulus checks and even providing universal basic income.
Part of the topic 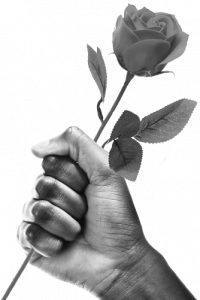 Socialism, depending on who you ask, might seem a pernicious evil or the only hope for a free and equal society. U.S. President Donald Trump recently wielded it as sharp criticism, saying that the “Democrats are the party of socialism — or worse,” suggesting that socialism is fundamentally anti-American. Freshman U.S. Congresswoman Rashida Tlaib says that “Socialism…means ensuring that our government policy puts human needs before corporate greed and that we build communities where everyone has a chance to thrive.” Since solutions begin with definitions, here’s an overview of what socialism is, what it isn’t and why it is regarded in such polarizing terms.

Socialism, very broadly speaking, is a philosophy that emphasizes some degree of collective ownership, and it has been in practice since antiquity. Modern-day socialism was born of the Industrial Revolution, which spanned the latter half of the 18th century and the early half of the 19th. Mechanical advances, like the steam engine and the electrical telegraph, required human labor. And human labor — particularly the kind that required manual work and little to no traditional education — was ripe for exploitation. Karl Marx and his collaborator, Friedrich Engels, published The Communist Manifesto in 1848, the seminal text of modern-day socialism. (As a side note, we’ll refer to the theory and philosophy of communism with a lowercase C, and countries with ruling Communist parties with an uppercase C.) Its primary tenant is straightforward, if not simple: Working people must seize the means of production, both the physical and labor capital, which should belong to the whole of society, not just the wealthy ruling class.

“Socialism” is not a single political vision. There are socialists who want to work for incremental change within existing political systems and those who want a full-on revolution, bloodless or not. Such an adaptable political-economic theory means that its history is many-pronged, and that cultural and geographic forces can shape a socialist government in myriad ways. As you watch the debate, with speakers from Pakistan (Fatima Bhutto), Brazil (Tabata Amaral) and the United Kingdom (Lord William Hague), keep in mind both the nuances of socialism as well as the flexibility with which it has been applied around the world. But let’s move to the other side of the political spectrum: What is capitalism, and why is it so often pitted against socialism as a force of evil — or good, depending on your beliefs?

Capitalism relies on private ownership of collective goods, which might include education, health care, child care, cultural institutions or transportation and infrastructure. Scottish philosopher Adam Smith argued in The Wealth of Nations in 1776 that humanity’s natural tendency to look out for ourselves — building private ownership and personal wealth — would lead to more prosperity than a highly regulated government. The wealthy would be guided by an “invisible hand” that, as they employed the lower classes, would organically result in an equal distribution of resources. Driven by innovation and entrepreneurship, the best ideas would rise to the top, and the economy would flourish. Capitalism allows individuals to build wealth — Amazon CEO Jeff Bezos is worth about $189 billion — and lets supply and demand determine the flow of capital. Human labor is simply a commodity.

Capitalist policies frequently exist within government-run commodities. For instance, in Chicago in 2008, the city’s 36,000 parking meters were leased to a state-owned investment arm of the city of Abu Dhabi, but the city’s transportation department is still responsible for public way infrastructure. And although government-run health care exists in the U.S. for certain people (such as veterans and the elderly), the vast majority of citizens must rely on expensive private insurance, which is tied to employment, to receive even basic health care.

In the 170 some years since The Communist Manifesto, electrical telegraphs have been replaced with fiber optics and steam engines by electricity and gas. Yet the world’s economies are still fueled by cheap labor, much of it in or from the global south. In Italy, 200,000 migrant workers, mostly from Africa, work in fields for little pay and live in bleak conditions. The farmland and even the seed patents are owned by corporations, and the workers themselves are called by the commodity they are seen as: braccianti, or “arms.” (Watch the documentary short The Invisibles for more.) Italy’s socialist parties have largely faded from government, but policies like universal health care still provide basic security for all citizens. And so capitalism and socialism coexist, if restlessly.

If capitalism is motivated by wealth-building rather than the social good, how could it possibly be the basis for nearly all the world’s economies? In the 1980s, trickle-down economics, notably espoused by U.S. President Ronald Reagan and UK Prime Minister Margaret Thatcher, attempted to answer that question. The idea was, on paper, quite simple: If you give large corporations large tax breaks, that money eventually trickles down to lower wage-earners, benefiting the economy and the people. Trickle-down economics is today widely rejected, even by many conservatives. The simpler answer is perhaps that as long as the wealthy get wealthier, they remain in control of capitalist economies with no motivation to consider the social or economic poverty of those whose labor they require.

Far-right Western propaganda often conflates — a cynic might say on purpose — socialism with communism. In communism, all property belongs to the government, ostensibly with the intent to equally redistribute it, though that has not been the case in places like the former USSR, which was dissolved in 1991, and the four nominally Communist countries today, China, Cuba, Laos and Vietnam, all of which have perpetrated mass human rights abuses. So while fearmongers bemoan that socialism would lead states down a path to tyranny, today’s socialists simply emphasize “people over profits.” Prominent U.S. democratic socialist politicians, like U.S. Congresswoman Alexandria Ocasio-Cortez, have rejected the idea that socialism in the U.S. would ever end individual rights: Capitalism doesn’t necessarily need to be overthrown, but capital is not as important as human beings. Worker-owned businesses, for instance, return the means of production to the people, rather than making rich owners richer.

Democratic socialism is increasingly a mainstream idea, with a majority of Americans 18 to 29 having a positive view of it. U.S. Senator Elizabeth Warren — firmly a Democrat, but not affiliated with the Democratic Socialists of America (DSA), and who switched from the Republican to the Democratic Party in 1996 — ran an unsuccessful but powerful presidential campaign predicated on many socialist ideals, including a 2-cent tax on ultra-millionaires, which would have funded universal health care, tuition-free public university or trade schools and the cancellation of student debt. Several countries in Scandinavia and South America have ruling socialist democratic parties, with Bolivia and Finland often pointed to as success stories: Finland’s universal, comprehensive health care is funded by tax dollars, and, beginning in 2021, will allow each new parent about seven months of leave. Bolivia prospered under a three-term socialist president, who invested heavily in infrastructure and re-nationalized industries. As democratic socialism has gained traction in the U.S., a country with a strong capitalist identity but poor social safety nets, recent elections have installed DSA-affiliated politicians in both municipal and federal seats.

Socialism is not just a Western ideology. In the Middle East, a budding socialist movement arose in the 1930s and ’40s, a reaction to the excessive wealth and privilege of the ruling classes, as well as to British and French colonialism and foreign economic domination. By post-World War II, those ideas had taken root, and from the 1960s to the ’80s, Egypt, Syria and Iraq adopted socialist policies that led to more income equality, lower infant mortality rates and higher life expectancies.

As our three speakers debate, keep in mind the ways that socialism might adapt to different cultural and geographical forces. Because the coronavirus pandemic has exposed cracks in nearly every nation, from unfunded and understaffed long-term care homes to uninsured gig-economy workers to an insecure and impoverished service industry, socialist policies have been adopted, both willingly and grudgingly, by many governments. Solutions like universal basic income and universal health care are being proposed even in historically resistant places like the U.S. Without a vaccine or treatment, the world will have to learn to live with the virus as safely as possible. Do governments have a duty to protect their citizens from the coronavirus, to what extent and at what cost? Has the pandemic revealed hard truths about capitalism and its continued sustainability? Is the pandemic a catalyst for radical change? Join the conversation and watch the full debate online on July 20, 5 p.m. Doha / 10 a.m. ET, on Twitter, YouTube or Facebook.

Is socialism the pandemic fix we need?