New episodes every Tuesday, wherever you get your podcasts.

A nuclear arms deal with Russia. Reparations for Indigenous communities in Canada. A hostage release negotiated by the hostage himself.

The Negotiators podcast is back for a second season, with all new stories from people resolving some of the world’s most dramatic conflicts. Hosted by Jenn Williams, The Negotiators is a production of Doha Debates and Foreign Policy.

New episodes every Tuesday, wherever you get your podcasts.

The art of hostage negotiations—when you’re the hostage

How a rabbi humanized himself and other congregants who were held at gunpoint for hours.

Inside the turbulent negotiations over Brexit

The negotiations that led to the United Kingdom’s withdrawal from the European Union lasted more than four years. During that grueling process, three different prime ministers came and went in Britain, shifting positions and occasionally roiling the talks. The one constant was Michel Barnier, the European Commissioner in charge of Brexit talks.

Inside the youth-led fight for peace in Libya

The uprising in Libya that ended Moammar Gadhafi’s long reign in 2011 was supposed to provide a path to stability. Instead, the country descended into civil war, with regional powers vying for influence and resources. An election brokered by the United Nations last year was called off at the last moment and the sides to the conflict remain at an impasse. But while official negotiations have stalled, one peace group decided this past summer to bring opponents together in Norway, where they would try to find a way forward. The group, Together We Build It, has been working on peace and security issues since 2011, in part by engaging more women and young Libyans in the process. While the Norway talks were held largely behind closed doors, reporter Amira Karaoud attended the conference and interviewed the participants.

Criminal justice advocates have tried for decades to pass legislation to reduce the United States prison population. Yet somehow, at a moment when the United States felt more polarized than ever, lawmakers managed to agree on a bipartisan criminal justice reform bill during Donald Trump’s presidency. It was called the First Step Act and it reduced the sentences of thousands of incarcerated people in federal prisons. This week, we talk to Jessica Jackson, a lawyer and one of the key advocates for the First Step Act. In this episode, Jackson tells host Jenn Williams how she convinced politicians from both parties to support the bill.

When Chileans were asked in a referendum in 2020 whether they wanted a new constitution, the response was overwhelming. But the negotiation process—which included representatives from the left and right side of the political map, along with dozens of independents—was rocky from the start. Voters rejected a draft of the new constitution in September by a large margin. This week, we examine what went wrong, with the help of John Bartlett, a reporter based in Santiago, Chile. Bartlett covered the constitutional convention and interviewed many of the key players.

What it took to negotiate a nuclear arms treaty with Russia

Rose Gottemoeller, the chief US negotiator of the New START nuclear arms reduction agreement, talks about the treaty’s grueling negotiations, her role in the denuclearization of Ukraine and the ongoing Russia-Ukraine war.

Negotiating with insurgents in Burkina Faso

Journalist Sam Mednick, who covered these community-led negotiations in Burkina Faso for The New Humanitarian, joins us this week to tell the story of one community leader in Burkina Faso who set out to negotiate with the insurgents so that members of his community could return to their homes. His story might be familiar to people who follow conflicts in other areas, like Afghanistan, where, in the absence of a broader peace process, people at the local level engage in their own small-scale diplomacy.

Led by Cindy Blackstock of the First Nations Child and Family Caring Society, activists sued the Canadian government in 2007, claiming that federal underfunding led to large numbers of First Nations children entering the foster care system after the residential schools were closed. The court battle dragged on for 15 years. In January of this year, the Canadian government offered $40 billion to the Indigenous children and families harmed by the child welfare system, which some are calling a form of reparations. Cindy discusses the tactics used in negotiations with the government and the conditions that led to a successful settlement.

This is part two of negotiator Mickey Bergman’s story about the American journalist Danny Fenster, who was serving an 11-year prison sentence in Myanmar. In the first episode, Bergman described how much work it took to get to the gatekeepers. In this second part, he and his boss, Bill Richardson, the former governor of New Mexico, are finally in Myanmar for the secret talks.

We begin our second season with a dramatic prisoner negotiation. Danny Fenster is an American journalist who covered the coup in Myanmar in 2021. Months later, while trying to leave the country for a visit with his family in the United States, he was arrested at the airport in Yangon and eventually charged with sedition. He was sentenced to 11 years in prison. In this two-part story, we hear from Mickey Bergman, who helped negotiate Fenster’s release. Bergman is the vice president and executive director of the Richardson Center for Global Engagement, a charitable organization that helps Americans who are wrongfully imprisoned around the world. On the show, he describes the grueling process of making the right connections in Myanmar and negotiating the deal—at times over the objections of the U.S. State Department.

A nuclear arms deal with Russia. Reparations for Indigenous communities in Canada. A hostage release negotiated by the hostage himself.  The Negotiators podcast is back on September 27 with all new stories from people resolving some of the world’s most dramatic conflicts. Hosted by Jenn Williams, The Negotiators is a production of Doha Debates and Foreign Policy.

The road to repatriation

Jussi Tanner is an ambassador and special envoy with the Finnish Ministry of Foreign Affairs. In late 2019, he was called on to negotiate with the Autonomous Administration of North and East Syria, a Kurdish-led area that’s part of Syria but has its own governing body and military units. Those units helped defeat the ISIS caliphate in 2019. They now run detention camps in the region that hold many former ISIS fighters and their families, including some foreigners. Tanner’s mission was to get the Kurdish-led government to release Finnish mothers and children in the camps for repatriation. He thought it would take just a few weeks — instead, the negotiation lasted for nearly two years.

How a motley group of negotiators freed the Chibok schoolgirls

Senior producer Laura Rosbrow-Telem interviews journalists Joe Parkinson and Drew Hinshaw, co-authors of a book about the 2014 Nigerian schoolgirl kidnappings by Boko Haram. She also sits down with Zannah Bukar Mustapha, a key mediator in the girls’ release.

The long road to Libya’s election

Libya will hold its first-ever presidential elections on December 24, after decades of dictatorship and years of civil war. The vote marks an important turning point for the country and is due in part to the creative diplomacy conducted there in recent years by the United Nations. On the podcast this week, we hear from Stephanie Turco Williams, the former head of the UN Support Mission in Libya, who oversaw much of that process. Host Jenn Williams also speaks with Hajer Sharief, a prominent peace activist in Libya and a co-founder of the organization Together We Build It. Sharief worries that the fragile peace in the country could yet unravel.

Negotiating with the Taliban

For an insider’s perspective, we hear this week from Fawzia Koofi, a former Afghan government official who sat across from Taliban negotiators throughout the talks in Doha, Qatar.

From gang member to gang mediator

An “interrupter” tells her story about preventing violence on the streets of Chicago.

Just how close did Israelis and Palestinians come to a peace deal in 2008?

In 2008, Israeli Prime Minister Ehud Olmert and Palestinian Authority President Mahmoud Abbas came close to outlining a shared vision of peace between their two nations—closer than the two sides had ever come. But what really happened in those meetings? And why did they fail to clinch a deal? This week, we hear from Khaled Elgindy, who served as an advisor to the Palestinian negotiating team during the Annapolis talks.

In 2019, when US relations with Iran were at a low point, a non-governmental group called The Richardson Center mediated a prisoner swap between the two countries that brought home Xiyue Wang, a Chinese American graduate student. Mickey Bergman, the group’s vice president and executive director, helped direct the talks. He describes the negotiation on this episode.

Inside the grueling negotiations that led to the Iran nuclear deal

The Iran nuclear deal is one of the most significant diplomatic agreements in recent history. This week on The Negotiators, we’ll hear the inside story from Wendy Sherman, who led the US side of the negotiations as the Under Secretary of State for Political Affairs. She now serves as the Deputy Secretary of State.

Negotiating a peace deal is hard, implementing it is harder

On today’s show, we’ll hear from Miriam Coronel-Ferrer, the first woman ever to lead a negotiation with an armed rebel group — the Moro Islamic Liberation Front. One thing that made her effective at negotiating with the rebels? She herself was an anti-government activist during the Marcos era.

Inside the Paris Climate Agreement

On today’s show, we’ll hear from Tom Rivett-Carnac. He was the senior adviser to Christiana Figueres, who led the United Nations’ talks toward the Paris Climate Agreement. Rivett-Carnac shares many stories, including the typo that almost tripped up the whole deal, as well as the power of Buddhism, island nations and editing. 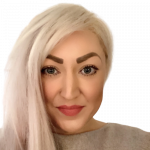