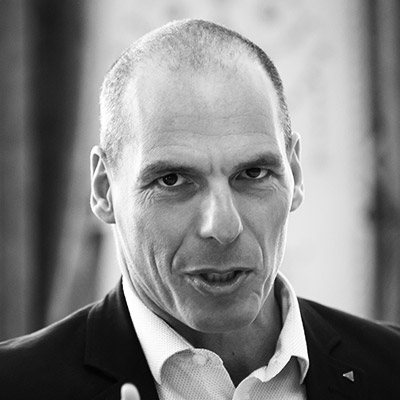 Yanis Varoufakis is a professor of economics at the University of Athens. In 2015, he became the world’s most prominent opponent of austerity when, as finance minister of Greece, he refused to accept the terms of the loan agreement dictated by the Eurozone’s leaders.  He wrote the 2017 book Adults in the Room: My Battle with Europe’s Deep Establishment, and regained a parliamentary seat in 2019 as leader of MeRA25.